One pan egg toast. Call it egg toast, Korean French toast or Indian bread omelet, this is the ultimate breakfast sandwich recipe for busy cooks. Made in one pan in a few minutes, this recipe incorporates a simple hack to make your mornings hassle-free and extra delicious. 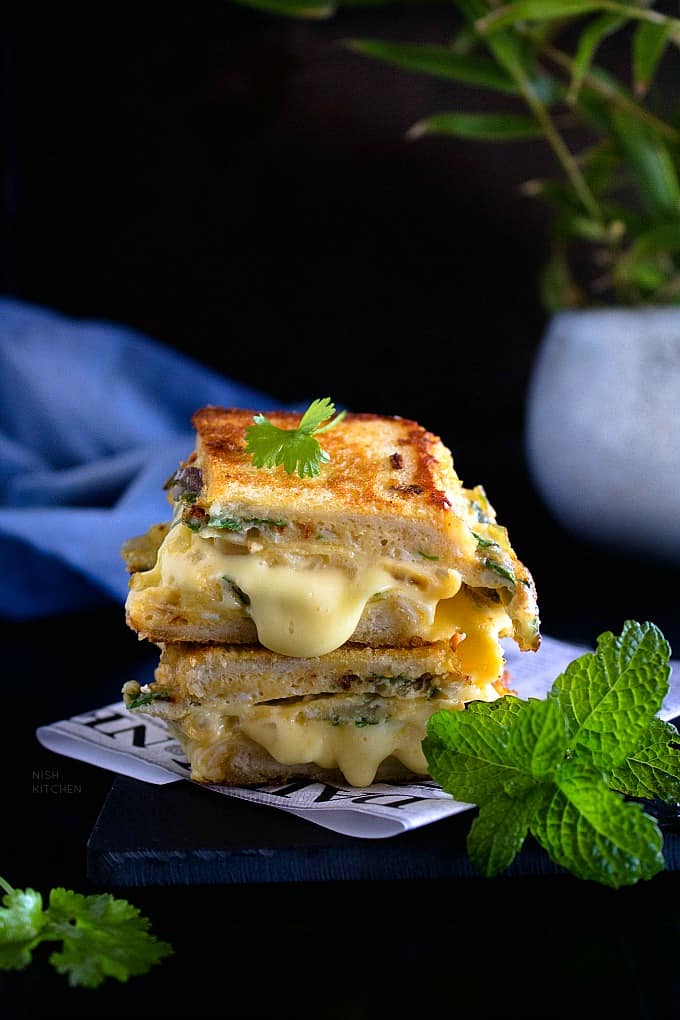 Whether poached, hard boiled or scrambled, eggs are always one of my favorite breakfast staples. Eggs and toast is the ultimate breakfast combo that’s nutritious as well as delicious. So obviously, when the entire world switched on to a hibernating mode a few weeks ago, this became one of the most popular recipes ever.

One pan egg toast simply refers to egg and toast made in one pan with a simple and easy method. The recipe is actually inspired by the classic Korean French toast. It’s also very similar to a popular Indian street food called bread omelet. Somewhere between easy to make, super delicious and healthy, this toast recipe is a clear genius and a treat to your tastebuds.

As I mentioned, the basic idea is to create eggs and toast in one pan. First, we’ll talk about the original recipe – Korean French toast and then the spiced Indian version of the recipe – bread omelet.

For the original egg toast recipe, first you’ll need to whisk the eggs and season it. Pour this mixture into a buttered pan. When it just starts to set, place the bread slices in the middle of the omelet. Now, the trickiest part of making this toast. Carefully flip it over. I used two spatulas to make the process easier.

Now, fold the four edges of the omelet over the toast. Finally, place a couple of slices of cheese on one side of the toast and a sprinkle of sugar on the other side. Fold it again to make a sandwich. Make sure the bread slices are beautifully browned on both sides. 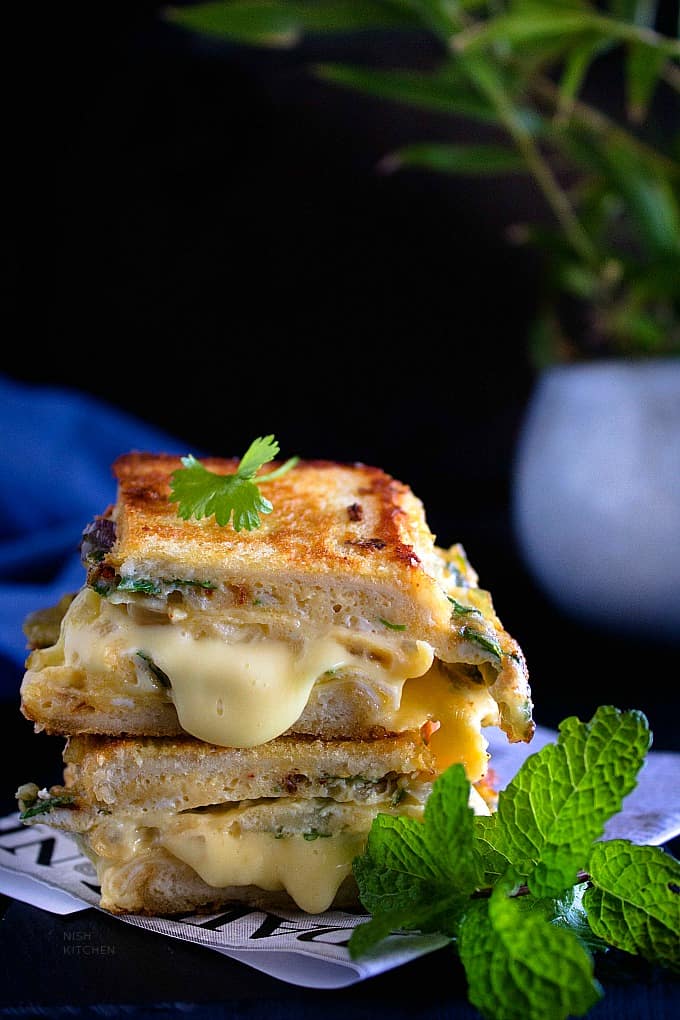 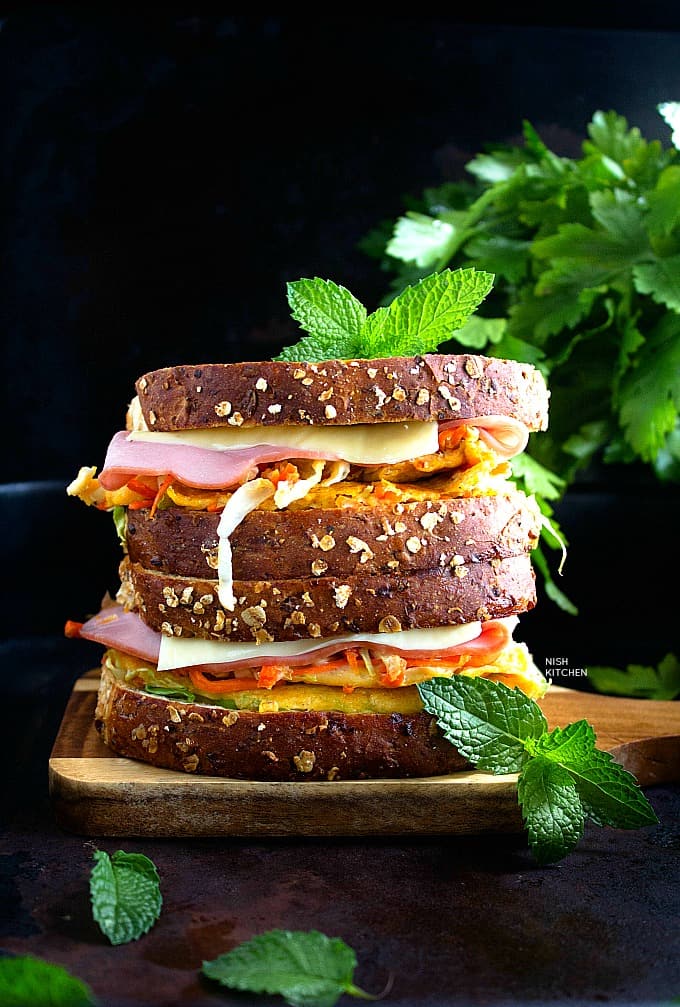 There’s nothing better than a warm morning toast packed with the goodness of vegetables and eggs. Here’s the ultimate breakfast sandwich recipe! 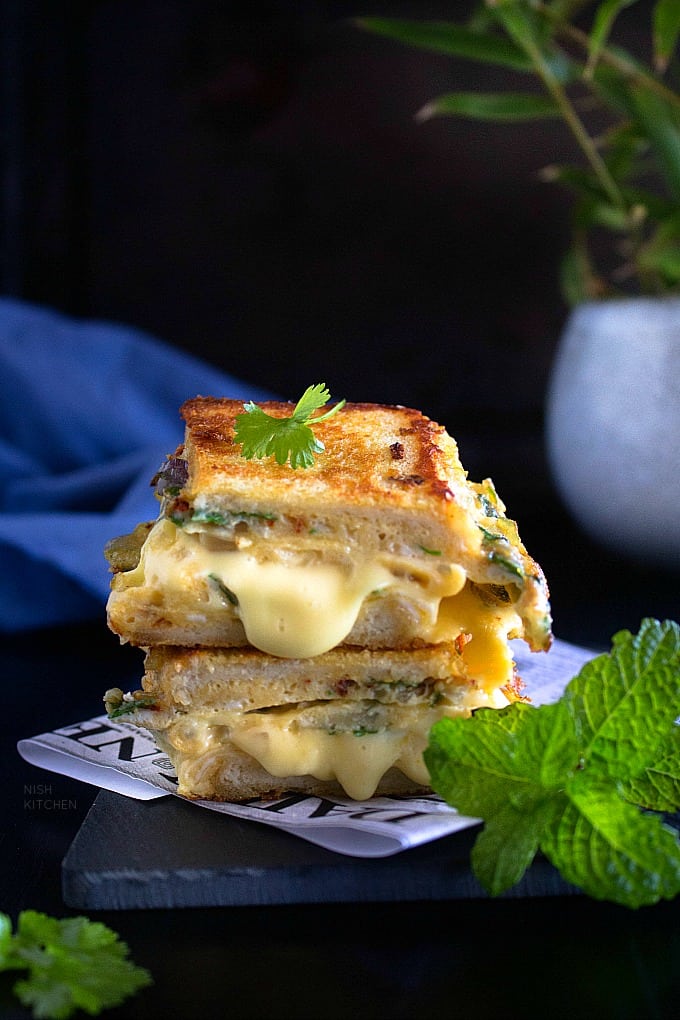